CBR6 #8: This Is How You Lose Her by Junot Diaz 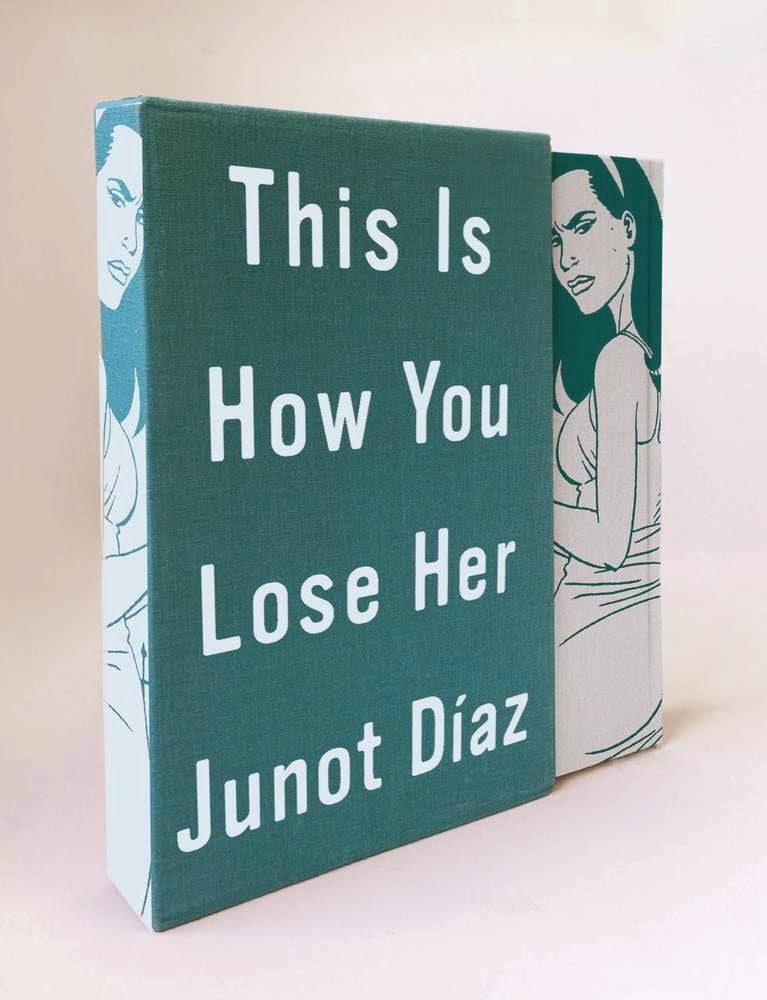 This Is How You Lose Her is a series of short stories that deal mostly with men's infidelity in relationships, with the exception of one of the stories being from a women's point of view. Readers of Diaz's first book, The Brief Wondrous Life of Oscar Wao, will recognize Yunior, who appears repeatedly in the stories in relationships with different women.

A running theme throughout these stories is how men don't often see women as a real person. Like Yunior's dog brother, Rafa, who sees and discards women with no concern for their feelings, even as he is dying from cancer; or how Yunior -- a chronic cheater, it appears -- believes that profusely apologizing, or flat-out lying, about past transgressions can mend things with his lovers. The behavior portrayed in these stories by the male species is appalling, and at times, wholly humanizing. In the Miss Lora chapter, a teenage Yunior wonders whether if he will be able to escape how his brother and father acts, and be a faithful boyfriend to a girl who won't let him get to second base. There is also a sense that being a Dominican man means that there is a cultural acceptance/exasperation to how shitty behavior from men can be expected, and even forgiven.

In a way, I thought that what Diaz did was to pinpoint the excuses that men give themselves for their terrible behaviors, like how Yunior looks at his brother and father and his Dominican heritage as a way to "explain" his own crappy behavior. Yunior, who is quite possibly Diaz's alter ego since he appears so consistently throughout his work and his life follows the same narrative as the Dominican author's life, is often at odds with himself about his actions toward women.

At a certain point of a man's life (or a person's life, even), one needs to have their perspective completely inverted, almost like how a baby discovers as it grows older that it is no longer the center of the universe. People need to figure out that their actions -- whether if they are intentional or not -- affect not just themselves, but the people they are most intimate with. This may all seem common-sense, but as is clear by Yunior's mistakes over and over again, he is still a work in progress. At the end of the final story, which chronicles a five-year fall-out after a devastating breakup, Yunior realizes that his ex-girlfriend was right. "You are surprised at what a fucking chickenshit coward you are. You are astounded by the depths of your mendacity. When you finish the Book a second time you say the truth: You did the right thing, negra. You did the right thing." That would perhaps be the first time he ever saw his girlfriend as a real person.

I'm reading and reviewing for Pajiba's Cannonball Read 6, so part of this review also appears on their website.
Posted by denesteak at 11:32 AM