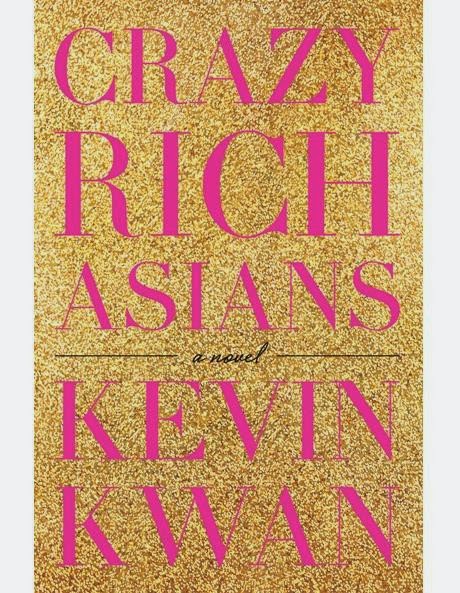 My decision to read Crazy Rich Asians wasn't an accidental one. I had just returned from a family wedding in Singapore, and being around so many of my relatives -- some of whom I haven't seen in more than 15 years -- aroused such a bizarre sense of nostalgia. Part of it is comforting, like seeing the familiar faces and personalities of my aunts and uncles (all of whom are physical variations of my mother); part of that nostalgia came with relief. It reminded me of how exhausting it is to always have to consciously, or subconsciously, factor in what your relatives/extended family are going to think of you (or your parent) if you were to make a single misstep in your life (or if you're just merely impolite to an elder.)

This is what Crazy Rich Asians's whole premise hinges on -- about what you are expected to do and how you are expected to act when you are part of a "clan," a somewhat-archaic word that is still used liberally in Asian families; about how your actions reflect on your upbringing and on your parents; and about how your actions can be perceived by the rest of the family, whether if the assumptions they come to are true or fair.

The plot is pretty simple: Nicholas Young, a handsome professor of history who comes from Singapore's upper echelons of "old money," has invited his girlfriend, Rachel, an American-born-Chinese NYU economist, home to Singapore to join him for his best friend's wedding. Only that Nick does not tell Rachel how wealthy his family is, nor does he prepare her for the scrutiny she would receive as a woman from an "improper background." Whether he is naive or cruel, Rachel is thrust into the middle of a decades-old in-family feuding, in which everything -- especially marriage -- is calculated in dollars.

Personally, I think author Kevin Kwan intended for his book to serve two purposes. The first, if you are reading as the average American (or Westerner -- for the lack of a better term), it is to show that Asia is more than just China and Japan, and that Asians are more than just the Chinese and the Japanese. This may seem like an absurdly patronising way to put it, but the truth is that most of the Western world (again, a word used in a similarly bland, general way as the word "Asian") conceives the continent as a single entity with a single people of a single personality. Case in point, I attended a conference last year in Singapore where its participants -- many of whom were part of the American and European luxury retail industry -- held presentation after presentation about how Asian consumers can no longer be classified as simply "from China." "There are different types of Asian consumers; there are even different types of Southeast Asian consumers," said a straight-faced presenter at one point, completely unaware of the irony of saying these very words in Singapore.

So, it's good that Crazy Rich Asians is here to present a different view of Asians, one that Westerners often don't hear about -- at least not in the context of China having the largest number of millionaires in the last 10 years. Kwan certainly has a lot of fun doing so, laying it on thick by listing all the designer brand clothing that the characters wear, allowing his characters to sound ultra-educated (and haughty and materialistic) in British-inflected English, and taking pains to describe elaborate homes that double as tacky palaces.

But the second purpose of the novel is to showcase Asian culture, or at least Singaporean-Chinese culture. There were so many instances in the novel where I felt were an exact replica of what I've experienced, either as a child who grew up in Singapore, as a teenager who moved to the US and visited Singapore occasionally, and as an adult who has had to explain to non-Singaporean friends the strange family obligations I am bound to. One of the beginning chapters, when Nick told Rachel that he had not informed his mother of their relationship despite dating for almost two years, is an almost word-by-word copy of a conversation I had with my boyfriend a year earlier, when he was surprised that I had not told my mom that we were dating.

Kwan also perfectly captured the calculating relationships that large families in Singapore allow themselves to co-exist in, submerging themselves in toxic environments weekly just so that they can come out on top -- and by come out on top, I mean, inherit the family wealth. There are so many mistruths spread between the Youngs and Leongs (the families that have married each other for wealth). I don't know if all Singaporean families are like that, but this aspect of the novel smacked of so much truth that it was comical for me to think that some readers might assume it a caricature.

Finally, that concept of an "outsider" -- which young, naive Rachel was used to personify -- is repeated throughout the book, sometimes obnoxiously hammered home with tell-all, cathartic speeches. But Kwan isn't wrong about that protective cocooning of clan-like families against the rest of the world, even people that their relatives are married to. Nick's mother, Eleanor, formerly a Sung, has never been truly accepted into the Youngs; the marriage of Astrid, Nick's beautiful cousin, suffers because her husband feels looked down upon by the Leongs. Yet their children are always immune to that sort of treatment, because of the Asian obsession with blood (which is akin to Games of Thrones' obsession with lineage). Growing up, my cousins and I always spoke about the in-laws within our family as if they were other -- this sort of talk mimicked the way our parents spoke about so-and-so's spouse who of course married them for the money, not love

And it was always about the money, always. Maybe not uttered so nakedly and in such listicle-heavy terms (some of the soliloquies mounted by Kwan's characters could double as a BuzzFeed post on "The 20 Things a Rich Spoiled Singaporean Girl is Looking for in a Husband"), but the talk was there. It has lessened somewhat now that I'm an adult -- because adults watch what they say around other adults -- but as a child, nothing was censored.

I've so far massively praised this book for being true to the reality I know. I grew up in Singapore as part of a large well-to-do family, moved to the US when I was a teenager (and even lived in the Bay Area, where Rachel was raised), and have returned occasionally to visit what I consider my homeland -- so yes, it resonates. But truthfully, I don't know if this world would come through to any other reader who haven't been raised in my specific situation, because the writing really wasn't great. The main characters, Nick and Rachel, are just so broadly drawn that it's hard to imagine people -- coming from their education and socio-economic backgrounds -- to be so naive and completely unaware of how family politics work. How is it that Rachel, a seemingly intelligent woman with a curious mind, allowed two years to go by without knowing a thing about her boyfriend's family or how he grew up? How can Nick, knowing how status-obsessed his family is, be unconcerned about how his mother would receive Rachel?

Perhaps I should just take what I can get and be grateful. Frankly, I'm just glad that there is a book about modern Asia -- one that is about more than just China, that isn't about poor suffering peasants or communism, that isn't a story about racism, that isn't a history book. Maybe next time, there will be a better-written one.

I'm reading and reviewing for Pajiba's Cannonball Read 7, so this review appears on their website as well.

Posted by denesteak at 7:08 AM