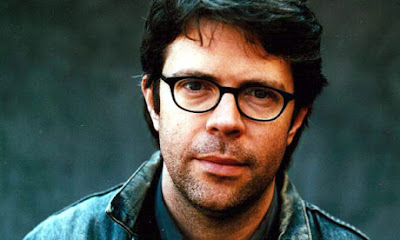 There's been so much written about "Freedom" that I feel like quite an amateur putting my two cents into the cacophony of opinions (" ... a work of total genius," "A book people are eager to love or hate for reasons mostly unrelated to the words on the pages," "This is his glory and his curse.") I had read "The Corrections" about three years ago and found myself blown away by how amazing it was ... and then I promptly forgot about it. No, seriously, ask me about the plot and characters and I draw a blank except for the general gist: Dad has Alzheimer's; Mom's kind of a bitch and is possibly on speed; sister is a lesbian/home-wrecker; brother is over-educated, flaky and he travels to some country for money. (A giant "Maybe?" to what I just typed because I am not going to look it up.)

That's not to say that I think Franzen isn't an effective writer. I remember getting really invested in his book while reading it - I just read it so quickly that I failed, over time, to really retain any of it. And I think the same thing happened with "Freedom." As usual, I decided that typing the review a month after I've read the book is the smartest thing to do, especially when the book clocks in at 500+ pages (No, it's not the smartest thing to do.) However, my spotty memory after this short delay best illustrates why I consider Franzen to be both a great and a pulp-y writer. The man writes literal page-turners and I devour his words so quickly and urgently - not unlike the way I read Dan Brown (don't judge). I don't read Franzen the way I read Steinbeck or Vonnegut, where I chew over the words and meaning and nuance, which isn't to say that there aren't any. I just can't seem to stop myself from flying over his words.

He also excels at characters. They are neurotic and compelling, simultaneously appealing and appalling because I can see so much of myself (and people I know) in them. Moreover, plot is so minute that I am constantly amazed that he had managed to interest me in a run-of-a-mill wife-cheats-on-husband story. Really, the general plot is not that intricate, but the characters' roles in their very painfully ordinary lives suffuse the clichés with newness.

Unless you've been steadfastly ignoring every magazine/website for the past three months, chances are you already know the plot. But if not, you're going to be surprised by how boring it sounds. Walter and Patty Berglund are a long-suffering married couple with two children. Walter is the rock of family, trying to keep the neuroses and unhappiness of his stay-at-home wife in check while working a full-time job to keep his family happy. But the family isn't happy – not really. The son, Joey, is a cocky know-it-all who wants to have-it-all, cake-candles-icing-whole-nine-yards; the daughter, Jessica, is the only sane person in the household, but the inattention the family gives her makes me think there can be a sequel coming from Franzen focused on her titled "The Therapy Sessions." Patty has been harboring a crush on Walter's best friend, Richard, for years, and finally consummates her desires when Walter leaves the two of them in his cabin home.

As I said, it is not the most earth-shattering concept ever, but it really is very, very good. Sometimes, people like to gush about the It Books because it's trendy to do so – and I think they like feeling smart too. "Freedom" may be an It Book but I do think Franzen's talents are worthy of all the praise because it can definitely stand up to – and even exceed – expectations.
Posted by denesteak at 12:26 AM