CBR9 #4: Teaching My Mother How to Give Birth 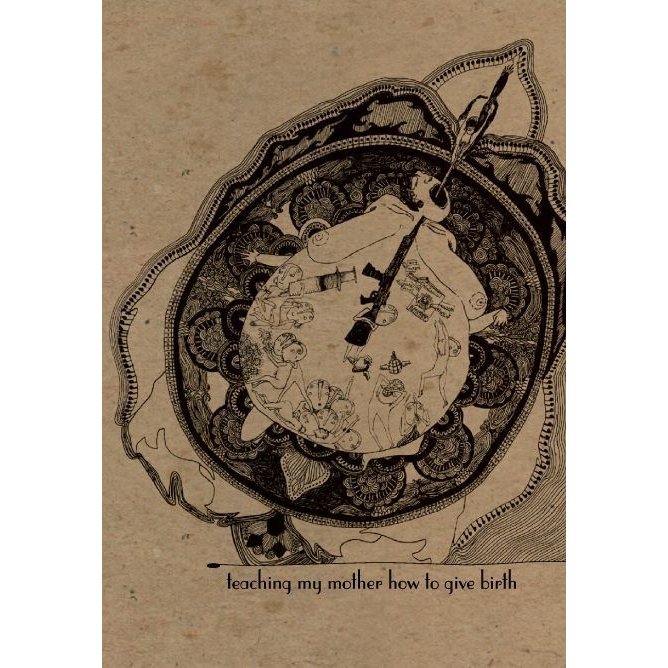 This is my first book of poetry, ever. Or rather, pamphlet, because it is so thin. I bought it because of the Beyonce hype behind Warsan's words, because I'd heard her name over and over, because her name is now tangibly linked to words like "refugee" and "woman", because a Pajiba friend posted an excerpt from her poem on Facebook, because they actually (actually!) had it in a Bangkok bookstore, a thin sleeve of paperback tucked amidst hundred-page hardcovers.

I read it at home, and I read it while waiting for the train. I read it while seated during my commute, and also when standing packed among others. I soon felt a particular hotness reading it in public, so I did the bulk of my reading in bed, when I was about to fall asleep. Sometimes, I read it outloud to my empty room, just to see if the words would taste different in my mouth.

Poetry is a funny medium for me. It has always felt slightly out of my reach. I hoped for Shire's words to bring me closer, but sometimes it came too close for comfort. I never related wholly to a single poem, only to the sentiment conveyed – Shire ensconces the people in actions and images that are really feelings – but sometimes that sentiment hinged so accurately (and vulgarly) to my own that it felt almost intrusive.

This is not a book you should read on the train. At one point, I was trapped in my mind, with images of men and women kissing, and then the train jolted to a stop and I looked up, and caught the eye of a young woman heading home from work. What a strange experience.

In Love and In WarTo my daughter I will say,
'when the men come, set yourself on fire'.


There is also sadness and yearning and so much brutality running through her words. I know nothing about Shire's background, only that she is a black female, but a quick google search tells me she is a London-based Somali poet and only 28. Perhaps it was because I just got done with Drown, but the feeling I get from her writing is similar to what I got from Junot Diaz' – the quiet violence comes through in moments of tranquility.

I can hear you in our spare room with her.
What is she hungry for?
What can you fill her up with?
What can you do, that you would not do for me?
I count my ribs before I go to sleep.
(excerpt from "Bone")


You grandparents often found themselves
in dark rooms, mapping out
each other's bodies,
claiming whole countries
with their mouths
(excerpt from "Grandfather's Hands")


Perhaps her most well-known poem is "Home," which seeped into my consciousness some time last year or two years ago during the refugee crisis. I read Shire's words before I knew her name, before I knew she was a "serious" poet and not some activist getting her feelings out. (But really, how is one different from the other if the impact is the same?) I'm not sure when she finished "Home" but the beginnings of it were revealed in this pamphlet, called "Conversations About Home (at the Deportation Centre)". In this piece, written in short paragraphs spanning four pages, you see that familiar phrase – "No one leaves home unless home is the mouth of a shark." – over and over again, like a resounding punch that doesn't quite land, not until you see refugees crowded on dingy lifeboats off the coast of Greece.