CBR9 #8: Tell Me How It Ends: An Essay in Forty Questions by Valeria Luiselli 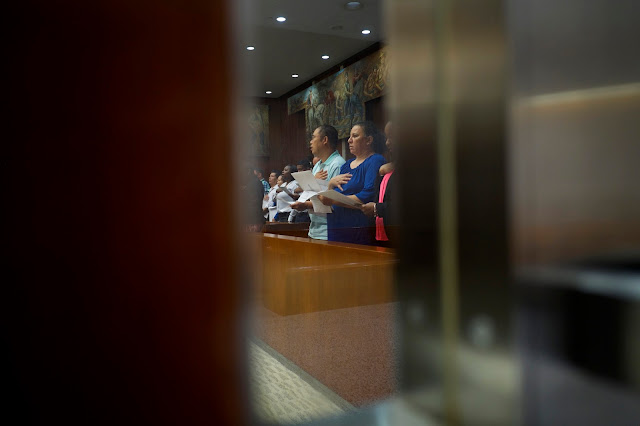 To say that this has been a difficult year would be an understatement. For Americans, no matter what one's political affiliation is, it is clear to see that the rampant gas-lighting the current administration is putting us through is not normal. The word "fact" seems to have completely undergone a change in meaning, so much so that statements from politicians are view with the default setting of "definitely a lie."

Putting aside that I wake up every morning with a sense of impending dread that I'm sure has something to do with having my iPhone so close to my head (every Politico news alert I get seems to give me heart palpitations), my personal life has been in the trash. I upended my life for a man this year, only to have it completely tossed in the air again six months later when he walked out of my life. I'm still waiting to see how it looks when things fall in place.

I bring all this up in my review of Tell Me How It Ends, because it came as an absolute surprise to me, at a strange intersection of feelings – of immense disappointment in US politics, immense sadness at the apparent downward slide of Cambodia's (facade of a) democracy towards outright tyranny, and of immense happiness for my friends and their journey.

I certainly didn't know what I was getting myself into when I opened this book after I ordered it from Amazon – no, I'm not kidding, I had put it in my Amazon basket months ago and had forgotten why I did that, so I just clicked "buy" when I was in the US in August. Tell Me How It Ends... this must be a romance novella, yes? This must be a slow burn of a friendship, yes? A strange existential novel about young love, yes?

Well, friends, it is not. Valeria Luiselli is a Mexican writer living in the US, waiting for her green card for her and her family to come through in the summer of 2014 when she hears of the news of tens of thousands of child refugees coming into the US from Mexico and Central America. She then begins working as a Spanish interpreter for the New York City immigration court, where she asks the children 40 questions drawn up by immigration lawyers to "process" their way through the American legal system. Depending on how the children answer, the lawyers are able to draw up a defense to the immigration court, to persuade the judges to rule that these children may have sanctuary.

Two days after I started reading this book, an old friend of mine finally got notification that she will be sworn in for citizenship in less than a week. A day after she received the letter, the White House announced that they will be rescinding DACA, the Deferred Action for Childhood Arrivals immigration policy that enable people who had entered the country as minors be allowed a postponement of deportation.

To say that my friend's naturalization ceremony notice came at a bittersweet moment in history would be an understatement. She was wracked with guilt and relief – after years of being called an "illegal," of being unable to go to preferred colleges or obtain jobs in journalism because of her status, she would be able to be pronounced a citizen under one of the most polarized administration in history.

Like my friend, Luiselli was herself questioning her desire to be in the US, guilting herself on her and her husband's fortune to be professors and writers at a time when people – children, essentially – who looked and spoke like her were being villainized on talk radio. The very system in which she was trying to gain access to is broken and morally wrong in its treatment of young children. But she continues waiting out her green card while working at the immigration court, making her way through the 40 questions that seem so innocent but can reveal so much about the scars a child has obtained on his/her way to the land of the free... where the moment they arrive, they are kept in cold, locked rooms, shuttled from untrusting adult to untrusting adult until they get her, someone who can act as their voice.

I found myself tearing up several times during this. Yes, it's about children, and yes, it's a bare-bones look at our immigration system. But the words on these pages reflect a raging culture war that is happening in the US now. My privilege, the distance I have as an expat, my general upper middle-class Asian upbringing leaves me untouched, but I am touched as well.

There is a part in the book when she describes how police officers stopped their car during their road trip out west for vacation. She and her husband keeps it simply -- "We are writing a Western, sir... We came to Arizona for the open skies and the silent and the emptiness," she writes. It is untrue, but that's what they say.

Handing back our passports, one official says sardonically:

So you come all the way down here for the inspiration.

We know better than to contradict anyone who carries a badge and a gun, so we just say:

Because –how do you explain that it is never inspiration that drives you to tell a story, but rather a combination of anger and clarity? How do you say: No, we do not find inspiration here, but we find a country that is as beautiful as it is broken, and we are somehow now part of it, so we are also broken with it, and feel ashamed, confused, and sometimes hopeless, and are trying to figure out how to do something about all that.

We roll the windows up and keep driving.


On September 7, my beautiful friend – the brightest, most hard-hitting and hardworking journalist in New York, I believe – was sworn in as a citizen. Her friends and I were sequestered into a separate waiting room where all we had to see them by was an inadequately sized TV. We were surrounded by bored relatives and petulant children. 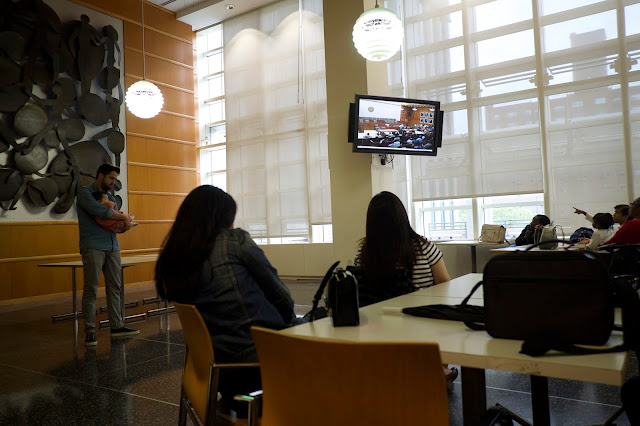 We were there until 11 am, when Judge Ann Donnelly entered the court and issued a perfunctory swearing-in. She was the same federal judge who ordered a stay on Trump's refugee ban, allowing refugees detained in airports across the US not to be sent back to their home countries – but we didn't know that then, when we were standing in New York Eastern District Court listening to her begin a speech. Halting and filled with emotion, Judge Donnelly quoted President Barack Obama's press statement on DACA released the day before.

"What makes us American is not a question of what we look like, or where our names come from, or the way we pray. What makes us American is our fidelity to a set of ideals – that all of us are created equal; that all of us deserve the chance to make of our lives what we will; that all of us share an obligation to stand up, speak out, and secure our most cherished values for the next generation," she quoted, her voice crescendoing. She urged the new citizens to vote in all elections – "even in your local ones" – and to use their voice and speak out on issues that are important to them. She ended it by informing them that they are all Americans, that they are wanted in this country. The people in the waiting room, who previously had the energy of stale bread, burst into applause and tears, and then ran down to congratulate their loved ones.

My old newspaper was shut down by the government just two days before– a sign of Cambodia's increasing lean towards dictatorship – leaving many of my Cambodian colleagues jobless; the current administration had chosen to deport 800,000 young people who were brought to America by their parents; and I had just seen my friend sworn in as a citizen. In that moment, I chose to go with hope and happiness for my friend's future. I chose to see the strange serendipity that fate engineered to get her an eloquent, passionate female judge as a sign for better things.

Tell Me How It Ends takes its title from Luiseilli's daughter, who asked her mother often about the young refugees' stories when she was interpreting at the court. "Tell me how it ends, Mamma," she would say, inquiring into these children's outcomes. I suppose, in a way, it is a strange existential book about young love. But it is no novel, and we still don't know how it ends.
Posted by denesteak at 12:57 PM