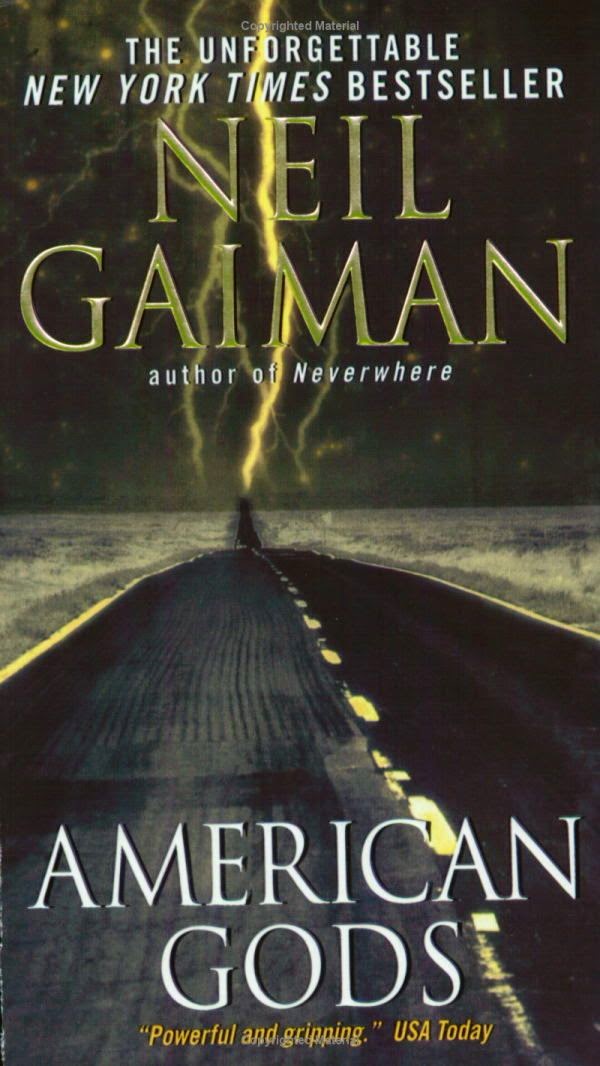 This one is technically a cheat because I've read it before, and I even reviewed it back in 2012 for CBR2. But with the talk of an HBO adaptation coming up over at Pajiba, I found myself straining to remember the details so I thought I'd revisit it since I still have it in my handy-dandy first-generation Kindle.

Reading it a second time around sincerely felt like reading it for the first time, in certain parts. Perhaps because it's easier to retain my memory of things I've read from books versus things I've read on electronic devices -- at least according to this recent study done, the latest in many similar studies done before.

Nevertheless, it was good to rediscover bits I've missed before, such as the various different gods and deities that I didn't recognize the first time around. Or to try and catch things I didn't catch before, or didn't fully understand before. Gaiman's American Gods is almost like a puzzle, and I suspect that each time I reread it, I might take away something different.

The plot basically follows Shadow, an ex-convict just newly released from prison and how his life -- which he originally thought was completely planned and ready for him to begin, in a small town with his beloved wife -- is suddenly turned upside down by the discovery that his wife had died in a car crash. Immediately, he meets an old-ish, impish man -- who instructs Shadow to call him Wednesday -- who recruits him as an errand boy for his preparation for The War.

This War is one both sides say is a long time coming, between the old gods -- brought to America in the hearts and minds of hapless travelers, hopeful immigrants and enslaved communities -- and the new, which are more ideals instead of Gods really, in the sense that they are things that the American public now figuratively worships, such as technology or the Internet or the government.

What I remember most about this book is the idea that random places can be "worshiped" by the masses, whether if its a kitschy rest stop sideshow by the freeway or if its a grand tree in the middle of a meadow. A place is given power because of the meaning that people put in to it -- which really brings up Gaiman's questions about religions and gods. These entities or objects or organizations only have power because we give them power. And as someone who's driven through the unbearably flat plains of the Midwest and been thankful for the sight of any old stupid road attraction, I found truth in it. All the driving that Shadow does in this book made me yearn for a roadtrip around the different states.

As usual, not everything is as it seems in this novel. In my first go-around, I said that reading this felt like swimming without googles. My second time reading (and having a pretty crap memory of it) I was less blind, but was also grateful for how unclear and unfinal everything seems. I felt a little more like Shadow did during his journey -- happy to follow along even though there are many questions, and waiting instead for them to be slowly revealed to me.

I'm reading and reviewing for Pajiba's Cannonball Read 6, so part of this review also appears on their website.
Posted by denesteak at 9:07 AM