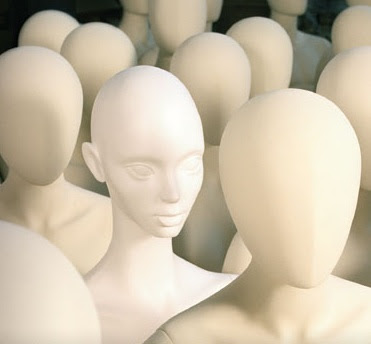 Brave New World is one of those "high school" books. You know what I mean, right? Most Americans read this in high school in their literature class, and as a result, there are typically two camps of responses when you talk about it. The first is "Oh my God, I love it! It's so insane and beautiful etc etc." (For me, East of Eden by John Steinbeck gets this response.) The second is "I remember only hating this in high school." (Catcher in the Rye by J.D. Salinger gets this.)

I never got a chance to read this when I was in school, and I decided to pick it up because I wanted to compare it to 1984 by George Orwell. I read it last summer and I absolutely loved it, though I could not figure out why and Cliff Notes was not much help. But all the book reviews and the Wikipedia entry had always referenced Brave New World, so I thought, "Why not?"

Finishing it, I can only say that I wish I had read it in high school. At least, with all the discussion that the teacher will (try to) generate, I could have some strong opinion about it. Huxley has created a incredible world, and the details of his inventions just blow my mind. However, the world in which the civilized people live in thrives and prides itself on being empty – nothing has meaning. And because of that, I find it hard to empathize with any of the characters. Even the most human character of all, John the Savage, I cannot seem to really care for, because his humanity is really a result of his upbringing, and contrasted against Bernard and Lenina, he is a caricature.

If you haven't read this book (I doubt it), here is the brief summary: The book is set somewhere in the future, and the mass majority of the people are united in the name of "Ford." Things are peaceful and stable because every single human goes through conditioning ever since they are babies. Before the humans are born, they go through some baby engineering process whereby they are awarded qualities according to the castes they belong to: Alphas (the best and brightest... also the tallest), Betas, Gammas, Deltas and Epsilons. The conditioning consists of repeated phrases during the baby's slumber, like "Everyone belongs to everyone else," or "ending is better than mending." Basically, the conditioning gets humans to never want to be alone and dissatisfied with themselves, and always want to serve the main cause ("Ford.")

Midway through the book, John, who is considered a savage because he lives in "uncivilized" pockets of the Earth and believes in ridiculous concepts like family and love, comes into the story. He had pictured the civilized world to be a "Brave New World," and is initially excited about it. But eventually, he realizes that he is the only person there who has any original thought and feeling, and he is disturbed by how inhuman humanity can be.

I understood the main concepts of the book, and I definitely think it is a masterpiece. I'm just not sure if I completely got it, and I wish I had read this in a classroom. With 1984, I was thinking about it for days after I finished it. With this book, I felt that everything that should have happened happened. I did not really see a serious conflict. The civilized people acted as they should have; John the Savage acted repulsed and disturbed, as he should have.

Because the characters in 1984 still had the capacity to make a choice, it was heartbreaking when Winston eventually succumbed to his society's mindset. In Brave New World, the people had no way to realize that they didn't have a choice. It's a terrifying world that Huxley has created, but it's only terrifying to us because we are able see the alternative.
Posted by denesteak at 8:03 PM

I break the mold! I read Brave New World in high school and loved it. I understand your points about not sympathizing, and going over it with a literary guide definitely helped with my appreciation. Funnily enough, I later ended up going to a boarding school founded by Huxley.

But shit, now when I guess when I read 1984 I'm going to know how it ends... Tell me I'll still be able to enjoy it? (Yes, I realize I may be the only person who did not know anything about 1984 aside from "dystopia.")

1984 is really well-written, I think - and that was how I got my the enjoyment out of it. I guess you do know how it ends (again...sorry bout that) but I didn't mention how he got to that. It's good I promise, read it if you were planning to!!

Haha, it's not your fault. Any book 60 years old has gotta be out of the realm of needing spoilers. I actually did start reading it a while ago, right before I moved, but I lost it in the transition. I guess now I have to make a trip to the library when I get through my current stack.

i read it in high school too but it takes me about 3 readings to really remember details. my second reading was about 2 years ago, and i remember being really into it though it seemed to lose momentum towards the end. maybe the contrast between the ford-ites and john was too much and obvious?