Doomed Lovers At The Train Station 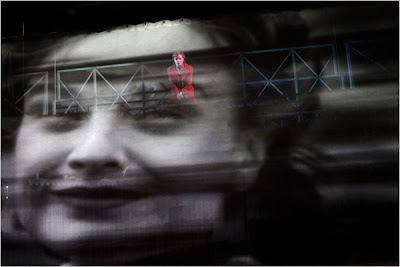 Last Saturday, a friend gave me tickets to see the Broadway play, Brief Encounter. I knew nothing about it and went into the Studio 54 theater completely blind. My initial judgment of it was that it was very British and far too quirkiwhimsilicious (that's on the bad side of quirky where the whimsy feels forced).

By the end of the hour and a half, I was completely sold. Most plays try to transport you to a different time and place with the costumes and appropriate props, and director Emma Rice certainly had the stage decked out with pre-World War II nostagia. But it was really the intensity of the emotions portrayed by the actors and the literal interpretation of two lovers getting caught up in a torrent of emotions that left my insides feeling strangely raw.

For those who do not know, Brief Encounter is based on a Noel Coward and David Lean film from 1945 of the same name. Laura, a housewife, meets Alec, a young doctor who is married as well, by chance and they fall in love. The story is incredibly simply, but this does not diminish its tragic end. It's strange that in today's films we have to have something huge and substantial happen to the characters - someone's dying of cancer or there's a huge betrayal or there is a great sacrifice - for us to feel like it was something worth crying over.

With Laura and Alec, it was simply that they fell in love but could not be together because both had their own families. In the end, they had to "be sensible" – keeping their feelings buttoned up in their stiff period costumes, yet knowing that their hearts were irrevocably broken. I left the darkened theater feeling both alive and numbed by the sheer onslaught of emotions, and was astonished that I could feel these things after having initially felt disdain for the two lovers.

It was such a pleasant coincidence then that this week's New York Magazine did an article on the design of the play. The piece included this sketch below, which was created by Neil Murray, the scene-and costume designer. I think it perfectly encapsulates the tragic romance. 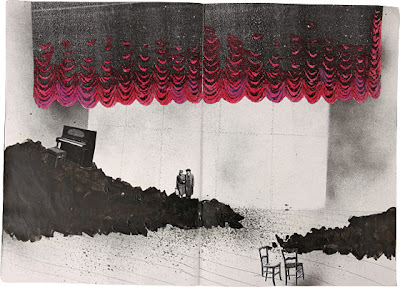 Posted by denesteak at 1:00 AM